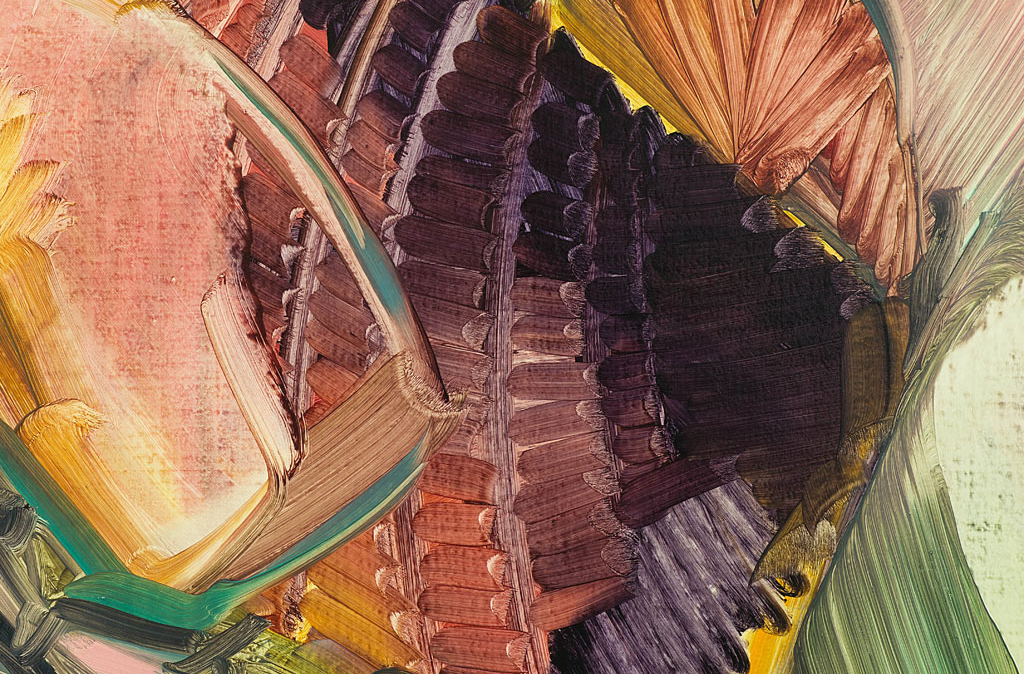 Doesn’t a hinge always imply closure? Presiding over a twofold and its mirrored relation, it sides with neither facet, but is their vanishing point. It belongs to another order and asserts its presence only indirectly—usually at the moment when both sides disappear from sight, as when facing pages are pressed shut into mute latency. But it can also declare itself in a moment of transfer, as the ‘identical neutrality of the gulf’1 across which—by means of which—an impossible leap is made. In another moment Alice was through the glass, and had jumped lightly down into the looking-glass room.

Such a secret, enabling fold is the subject of philosopher Immanuel Kant’s 1768 dissertation Concerning the Ultimate Foundation of the Differentiation of Directions in Space. Although inaccessible from either side of the mirror, this point of articulation seems to be all that holds back disorientation and madness.

According to Kant, specifying the relations between parts of an object is not sufficient to completely determine them. For two objects can also distinguished by a pivotal ‘inner difference’ which is not a matter of shape, relation, or magnitude, but which is crucial to our ability to orient ourselves among them. It is best discerned as that minimal difference that allows us to distinguish between ‘incongruous counterparts’—objects which, otherwise identical, are possessed of handedness.

Kant’s prime example (via many others, including the growth of beans around a pole, the spiral of hair on the crown of the head, snails’ shells, the thread of a screw) will be human hands themselves. A left hand is identical to a right hand in all of its internal relations, and yet no set of rotations will make them coincide; a left hand will never fit inside a right-handed glove. But, of course, for the philosopher, books come first: Were a right-hand page to be inverted into a left-hand page, although the relations between all of its letters would remain constant, everything would turn to nonsense. Just where does this difference lie, though?

Just consider, Kant exhorts us, in a bravura reductio ad absurdum that drives the point home—just consider a hand without handedness, a hand which therefore ‘would fit equally well on either side of the human body’—pure abstract horror (perhaps looking-glass milk isn’t good to drink…). No, Kant reassures us, even if a single hand were the only object in the universe, it would still have to be either a left or a right hand. Direction or orientation is a necessary property, one that can only be maintained through reference to ‘universal space as a unity’: although absolute space is something we can never intuit, every thing is sewn into its orienting spine, as an unmoving background—and all hands will rest on one or the other side of the book of nature.

And yet…consider the lowly typesetter, who, responsible for hundreds of lines of metal sorts, becomes fluent at composing metal looking-glass books. He knows very well how the even surface of the forme will coincide with the surface of the page; and that a metallic outline of a right hand will print a perfect left hand, so long as the press has space to work in. This whole story will end in disorientation for both Kant and Euclid: rotation through four-dimensional space would indeed make a left into a right hand, turning it inside out like a glove. The ‘inner difference’ is no absolute, but a contingent feature of the space we happen to be embedded within and the limitations it places upon the organisation of the objects it contains.

But let’s turn to the strange moment of closure brought about when an image bounces off this limit, passes through the mirror. The work underway on one surface—the slow, wet, incomplete process of painting—is given the stamp of authority, or becomes that stamp; it is ratified by passing through the point of articulation that organises the two into an oriented twofold. Freed from its laboured surface through this doubling, the painting is fixed—a stereo-type, a forme whole and undivided.

And yet the double is never identical: the ‘secondary’ image even reacts back on the ‘original’, the moment of transfer constituting another intervention and a continuation of the process at the same moment at which it is arrested. The spine detains pages in their serial order; a backbone strong enough to support the transfer of narrative from page to page, it is an orienting fold that withdraws from the scene of sense while organising it. 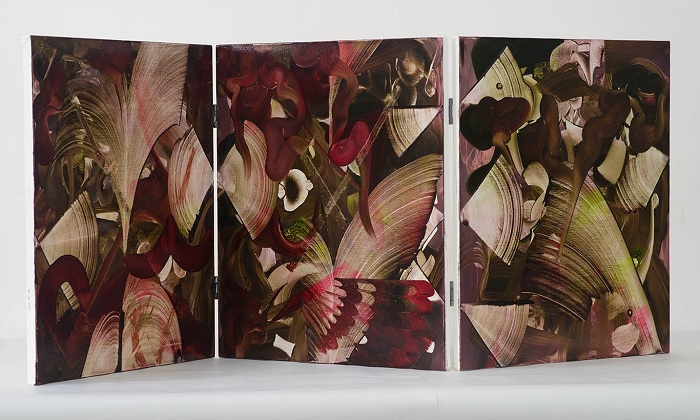 Hermann Rorschach, explaining the use of symmetry in his famous inkblots, notes that such symmetry ‘facilitates interpretation for certain blocked subjects’. And it is indeed as if, at this moment when it crosses the neutral gulf, the splaying of the image across its minimal inner difference has ‘unblocked’ it. The painter’s complex of perception, tactility, and visual recognition is closed up tight against another kind of imagemaking which is automatic, indifferent, stereotypical; which doubles without interpretation, requiring only a hinge’s elementary mediation.

Admittedly, to a painter, all of these convolutions on the page may be about as interesting as watching paint dry. As the oils oxidise, the pigment is fixed and the surface of the image closes itself off. But what if one could fold closure into the process of painting itself? So that, facing each other within the space of images, we would have, on the one hand, vital sedimentation; on the other, spiritless impression. As Alice asked: Which Dreamed It?